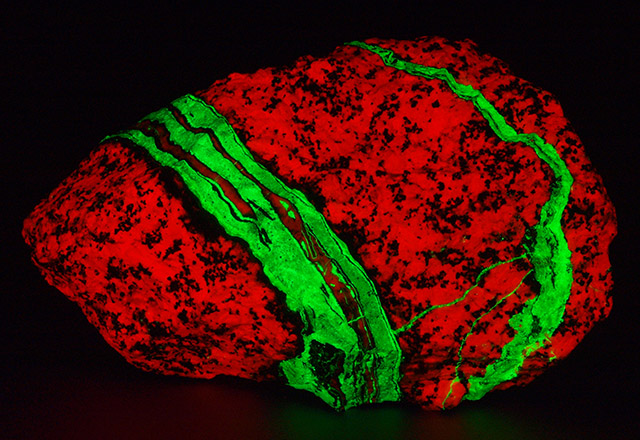 "My father was as dedicated to education as he was to fluorescent minerals. We are most pleased that my father's collection will continue to intrigue students through their beauty as art objects and through all the scientific stories they tell," said Mark Hershhorn, son of the collector and member of the Rutgers Board of Governors.

Fluorescence in minerals occurs when ultraviolet light waves, invisible to the human eye, are absorbed by a mineral's atoms, and then emitted back to the viewer in multiple steps. The steps may include visible light, and if a step includes just one wavelength of visible light, the viewer will perceive the result as vivid color. The minerals in the Hershhorn exhibit emit mostly brilliant red and green. Come by and learn more about this amazing phenomenon!