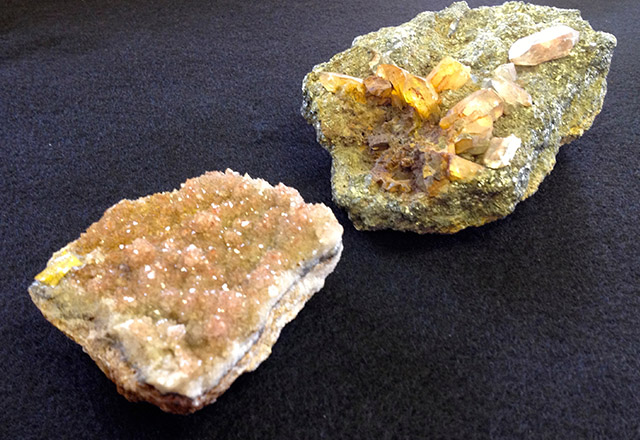 Lewis Caleb Beck (1789-1853), the earliest contributor to the museum's collections, accumulated a large number of fascinating botanical, entomological and mineralogical collections during his tenure at Rutgers University. Many of his specimens and are still in the Rutgers collections and his minerals became the core collection of the Rutgers Scientific School when it was established by George Cook in the 1850s.

Beck was born in Schenectady, NY, and achieved his Bachelor's degree at Union College in 1817. Interestingly, despite his notable status as the first geology professor at Rutgers and in this museum's history, he was never formally trained in geology. Instead, Beck went on to study medicine at the College of Physicians and Surgeons (now part of Columbia University). After practicing as a physician in St. Louis for a year, he began his career in academia when he took a position as a botany professor at Rensselaer Polytechnic Institute, later supplementing this with a similar professorial position at the Vermont Academy of Science.

In 1830, Beck became the first Professor of Chemistry and Natural Science at Rutgers University. At the time he started teaching, only 11 academic institutions in the United States offered courses in geology, and Rutgers was the only one of these in New Jersey. The geological and natural science aspects of his hiring were likely secondary to those of chemistry, as in his day he was far more noted for his chemistry expertise than for his geology. Nonetheless, New York officials in 1836 chose Beck to be the head mineralogist for the New York Geological Survey, ultimately leading to his publication of a major volume of the Natural History of the State of New York in 1942, likely his most important contribution to science.

In addition, he was tabbed by Congress in 1948 to conduct the first chemical examination of food in the United States. He continued teaching at Rutgers and Albany Medical College until his death in 1853. Posthumously, Beck Hall on Livingston campus was named in his honor. While the Rutgers Geology Museum had not even been conceived at the time of Beck's teaching, he did maintain a large collection of minerals through both his own and his students' research, storing them for years at Old Queen's and Van Nest Hall. This became the basis for the Beck collection currently at the museum.