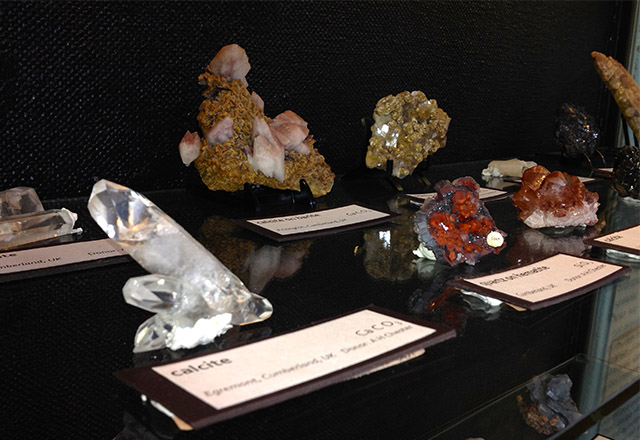 Albert Huntington Chester (1843-1903) was born in Saratoga Springs, NY. He received both his undergraduate and Ph.D. degrees from Columbia University in Mining Engineering. He then served as Professor of Mining and Metallurgy at Hamilton College from 1870 to 1891. In 1892, he was named Curator of the Rutgers Geology Museum, making him the first Curator to serve here. Additionally he served as the professor of mineralogy at Rutgers University from 1893 to 1903.

Chester corresponded with many scholars, and exchanged and purchased various specimens to obtain more than 4,700 mineral specimens, many from type localities, from around the world. He used type locality specimens to define the minerals because x-ray diffraction was not yet developed. Chester's "Dictionary of Mineral Names and their Etymologies" was the first comprehensive listing of known minerals listing their original publications and moved mineralogy still closer to the modern era.

This visually aesthetic collection includes many excellent and well-formed crystals, generally no larger than a fist. This collection was primarily used as a research tool during the late 19th century but also served as a teaching tool for students with an interest in the earth sciences and mineralogy in particular.