Marguerite Thomas Williams: The First Black Person to Receive a Doctorate in Geology in the United States and the Current State of Diversity in Geoscience 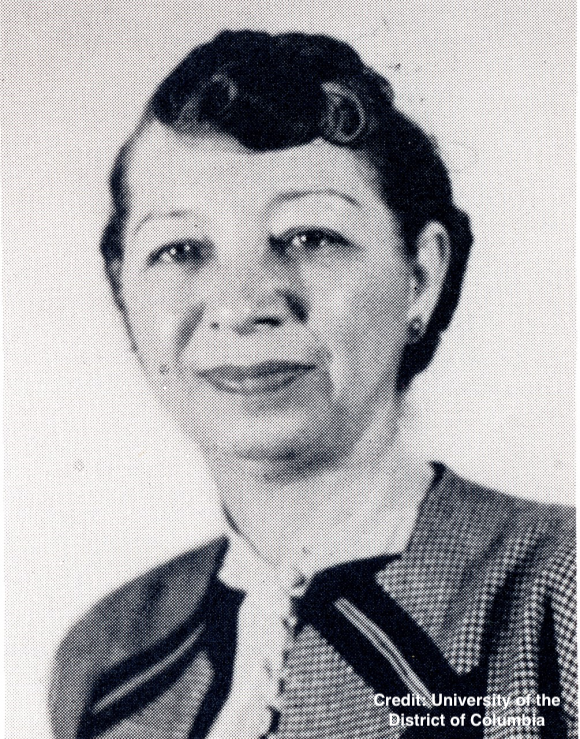 Henry and Clara Thomas welcomed their sixth and final child, Marguerite, to their family on December 24, 1895. Marguerite Thomas grew up near Washington, D.C., but much is unknown about her childhood; however, her passion for nature, geology, and geography was sparked as a young child (Johnson, 2019).

Marguerite Thomas enrolled in the ‘Normal School for Colored Girls’ (which was eventually renamed the Miner Teachers College and is now known as the University of the District of Columbia), for a two-year program that trained women to be educators. Thomas graduated from the program in June of 1916 with excellent grades, securing herself a scholarship to attend Howard University in Washington, D.C. While working full-time as an elementary school teacher, Thomas began a program at Howard University to receive a Bachelor of Science degree in Geology (Diaz, 2017).

During her time at Howard University, Thomas was mentored by Dr. Ernest Everett Just, alongside another star pupil, Roger Arliner Young, (Beneist, 2020). Dr. Just was a prominent Black biologist and science writer who is primarily known for his research in understanding the importance of the cell surface as organisms grow. Notably, he was also a proponent of studying whole cells under conditions that resembled the cells’ natural states rather than considering portions of the cells in laboratory settings. He is considered to have significantly influenced modern evolutionary and developmental biology (Cengage, 2021).

Although Dr. Just recognized the potential of these two women, and their knack for the natural sciences, he selected Young for an assistant professor position at Howard University over Thomas. Despite this choice, he still fostered a love of the natural sciences and instilled a profound ability for critical thinking into Thomas. Marguerite Thomas graduated with her bachelor’s degree in 1923 (Beneist, 2020). 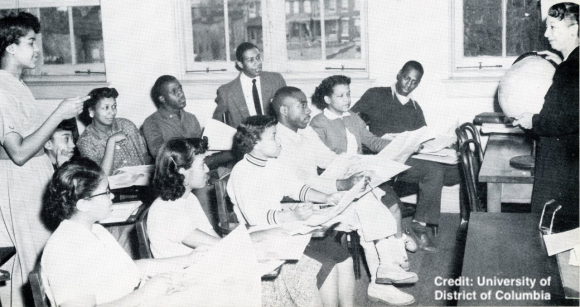 Thomas returned to Miner Teachers College and was selected for an assistant professorship at the school. She also served as the Chair of the Division of Geography, teaching geography courses and helping with the theatre group on campus (University of the District of Columbia, 2009). While she loved being a teacher, Thomas still wanted to pursue graduate school. After taking a leave of absence from Miner Teachers College, Williams received a Master’s Degree in Geology from Columbia University in 1930 (Beneist, 2020).

Following her graduation, Marguerite Thomas married Dr. Otis James Williams and took his surname. She also once again returned to Miner Teachers College to teach students about the Earth and inspire them to study the natural sciences (Johnson, 2019). She eventually enrolled in a doctoral program at the Catholic University of America, researching the local Anacostia drainage basin nearby Bladensburg, Maryland. Major flooding and erosion occurred in this basin in the early 1900s, and Williams carefully conducted fieldwork to study the impacts of these events (Beneist, 2020).

In her doctoral dissertation, A History of Erosion in the Anacostia Drainage Basin, Williams assessed both the natural processes of erosion, such as flooding and anthropological impacts (e.g., deforestation and agriculture) that affected the region (University of Maryland Libraries, n.d.). She was one of the first geoscientists to critically investigate the impact that humans had on flooding and erosional processes (Beneist, 2020). 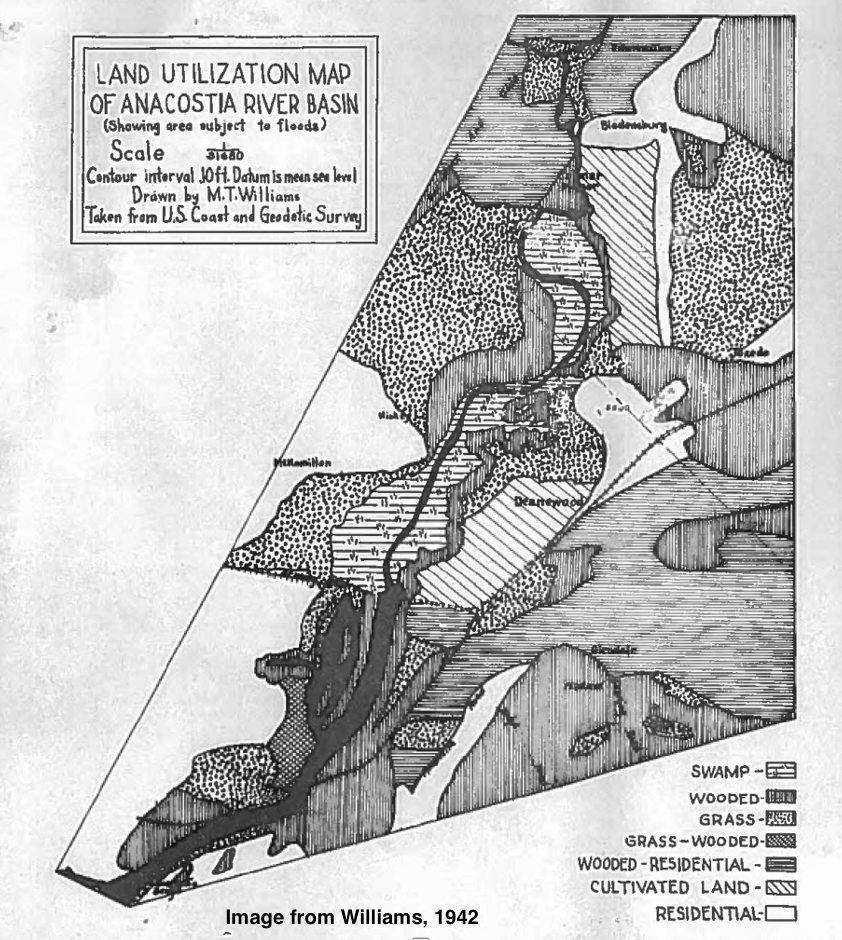 Once she received her doctorate in 1942, Williams was promoted to a full professor position at Miner Teachers College. She also began to teach night classes at Howard University, maintaining both positions until her retirement in 1955 (Johnson, 2019).

As a Black woman in geoscience in the early twentieth century, Dr. Williams faced much adversity. Unfortunately, this underrepresentation of people of color and women in Earth and planetary sciences remains an issue nearly eight decades after Marguerite Thomas Williams received her doctorate in Geology.

Women of color are especially underrepresented – from 1973 to 2016, a total of 20 Indigenous women received PhDs in a geoscience field in the US. In the same period of time, only 69 Black and 241 Hispanic or Latinx women received doctorates. In the past four decades, Indigenous, Black, and Hispanic/Latinx women represent only 1.46% (330) of all the doctorates earned in the geosciences (Bernard & Cooperdock, 2018).

In an effort to address the racism that is prominent in geoscience, Rutgers graduate students, Ashyln Spector and Kristen Joyse, began a chapter of the national organization, “Unlearning Racism in Geoscience” (URGE) at Rutgers. With over 30 members in the Rutgers pod and thousands across the country, URGE aims to facilitate an understanding of the racism that Black, Brown, and Indigenous people experience in geoscience and how that leads to low retention rates for these communities by utilizing literature, personal experiences, and expert insights. This information should be used to create anti-racist policies and practices (Duran, Wright, & Cohen, 2021).

Through readings and group discussions, the Rutgers URGE pod’s goal is to generate deliverables each session that directly pertain to the policy and culture at Rutgers University broadly, as well as specifically within the Department of Earth and Planetary Sciences. The group plans to then meet with department and university leadership to share discoveries and implement actions to address these issues.

Beniest, A. (2020, August 26). Marguerite Thomas Williams: The US' first black person to obtain a doctorate in geology. Retrieved February 13, 2021, from https://blogs.egu.eu/divisions/ts/2020/08/26/marguerite-thomas-williams-the-us-first-black-person-to-obtain-a-doctorate-in-geology/

University of Maryland University Libraries. (n.d.). The rise and fall of the Anacostia in Bladensburg. Retrieved February 13, 2021, from https://www.lib.umd.edu/bladensburg/river

Williams, M. T. (1942). A history of erosion in the Anacostia drainage basin. Washington, D.C,: The Catholic University of America Press. 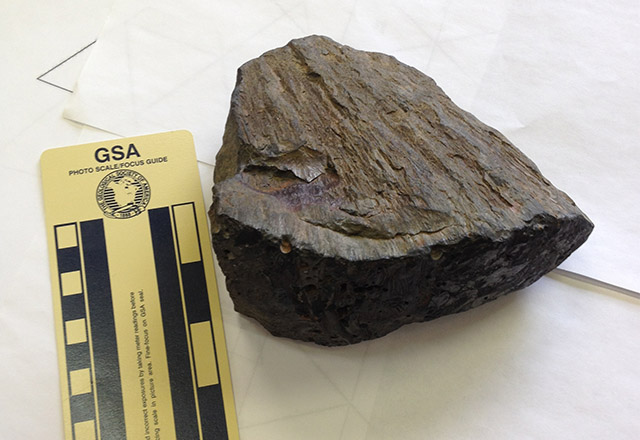